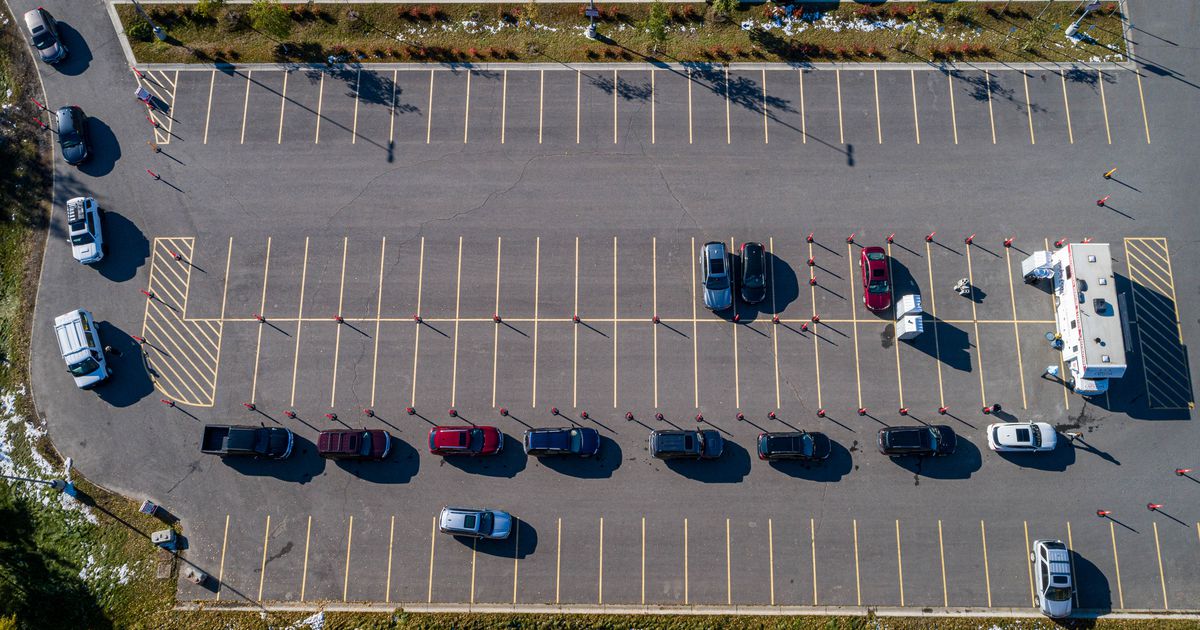 Alaska, already the state with the nation’s worst rate of recent COVID-19 cases, now also has one of the highest rates in the country recently reported deaths.

The state reported 21 more deaths on Monday after adding 44 virus-related deaths – many of them last month – to last week’s total.

The delta variant and below-state average immunization rate are driving a rapid rise in new infections and taxing a hospital system made vulnerable by Alaska’s isolation from other states and the challenges of dealing with it. charging patients to remote medical facilities in rural communities off the road system.

Eighteen of the deaths reported Monday involved Alaskans and three out-of-state residents, according to the Alaska Department of Health and Human Services.

The deaths involved eight residents of Anchorage; a Palmer and three residents of Wasilla; two residents of Fairbanks; and a resident of Anchor Point, Homer, Kodiak and Ketchikan. More than half concerned people aged 70 or over. Four people who died were in their sixties and three in their fifties. One was in his forties.

Alaska reported a dramatically high death toll on Friday, when 44 people who died from COVID-19 were added to the total. State officials explained that the high numbers were at least in part due to backlogs of data. Most took place in August, but some were even earlier.

Many states report coronavirus deaths based on when they occurred. Alaska reports are based on both the date of death and the date of the report. So the state’s relatively high recent figures are in part the result of pending data rather than all of the deaths that occurred in the past week.

Alaska’s per capita death rate across pandemic remains among best in country if assessed since january 2020. Only Vermont and Hawaii are better.

But the sudden spike in cases here changed the immediate equation.

Alaska’s per capita case rate is the highest in the country, according to the Disease Control Centers. The state’s seven-day case rate per 100,000 is nearly 785, far ahead of West Virginia’s at 752.

Last week, state officials announced they were allowing hospitals to adopt crisis care standards if necessary. This step is considered the worst-case scenario which allows hospitals to ration care due to equipment, bed or staff limitations.

State officials also announced last week that the state had signed a contract to bring in nearly 500 health workers from Lower 48 to provide some relief.

[Touted by some as a cure, monoclonal antibody demand is high in Alaska’s least-vaccinated places, but it’s no replacement for a vaccine]

The $ 87 million contract with a company called DLH Solutions promises to bring 470 contract health workers to state facilities starting this week. Workers will come in phases, according to hospital officials. The exact number of positions that will be filled and by what time frame was not confirmed on Monday.

As of Monday, about 100 of the contract workers had arrived in Alaska and were due to start working in hospitals in Anchorage and Mat-Su, the areas with the intensive care unit beds, said Heidi Hedberg, who heads the division. state public health. .

The state reported a near-record 215 people hospitalized with the virus on Sunday. Friday was the only day that number was higher, at 217.

Alaska hospitals say their numbers are likely an underestimate of the true impact of COVID-19, as they do not include some long-term COVID-19 patients who are no longer positive but still need hospital care .

Health officials also reported a total of 3,878 new infections among residents over a three-day period between Friday and Sunday, including a near-record 1,575 resident cases reported on Sunday. Another 147 cases have been reported in out-of-state people who tested positive in Alaska.

5,459 cases reported in Alaska from September 12 to 18, or 32.8% ⬆️ from the previous week. AK has the highest number of cases in the past 7 days / 100,000 population among the 50 states. More people are hospitalized with COVID-19 now than at the height of the November-December 2020 outbreak. https://t.co/Li0MI5e1Ib pic.twitter.com/6lxYjZZfBY

State epidemiologists say the daily number of cases does not necessarily translate into real time due to reports and other backlogs. They expect to see about 1,000 cases a day once the state has exhausted its backlog.

A total of 532 residents and 21 non-residents have died from COVID-19 since March 2020. Men account for more than 60% of resident deaths, most of which have occurred in people aged 60 and over, according to data from the state. Alaskan natives and American Indians make up a disproportionate share, accounting for about 30% of deaths from the virus, but only 16% of the state’s population.

Most of the deaths and hospitalizations involve people who are not vaccinated against the virus, according to health officials. 20 of 23 COVID-positive people at Soldotna on Monday Central Peninsula Hospital – almost half of the total number of patients in the establishment – were not vaccinated.

The state does not regularly publish data on the immunization status of new cases, hospitalizations or deaths. This information is published on a monthly basis. In July, breakthrough infections in those vaccinated accounted for about a third of new infections. Data for August is not yet publicly available.

Getting vaccinated remains the best defense against serious illness and death, according to health officials. The July report found that unvaccinated Alaskans were 7 1/2 times more likely to be hospitalized than those vaccinated.

As of Monday, 62.9% of eligible Alaskans had received at least one dose of the vaccine and 58.9% were considered fully immunized. Alaska ranked 30th in the country for vaccination rates, a slight increase from last week.

Statewide, 9.18% of tests done last week were positive for the virus. Health experts say anything over 5% indicates there isn’t enough testing going on.

Morgan Krakow of DNA contributed to this report.

APARTMENT INCOME REIT CORP. : Modifications made to the certifying accountant, the financial statements and the supporting documents of the holder (form 8-K)