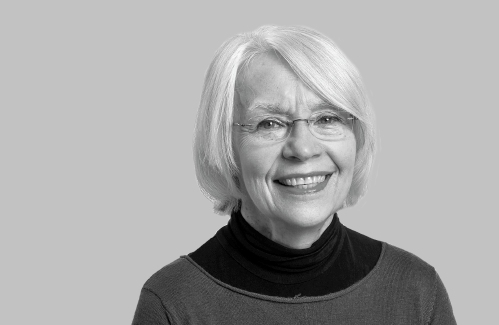 Columnist Susan Wozniak: Reading one book at a time

Looking back, I know that my little Catholic high school handled the reading homework well. Each June, the English department sent students a two-page list of suggested titles and their authors. All students had to read six books in three months.

During the first two weeks of the fall semester, students were required to submit an index card for each book read. In addition to the title and author, the student answered three or four questions including what can be cited in this book and why did you like / dislike the book. We then had to independently read a book each October through May and schedule a 10 minute after school discussion with our teacher. School has also fueled my desire to learn.

In 1962, when I was with my family at Sears – and, yes, Sears had a book department back then – an exhibit of journalist and short story writer Katherine Anne Porter’s new “Ship of Fools” showed me off. does ask a better seller to be literature?

At the end of my first year of college, at a school where I was ill-suited, I couldn’t wait to read whatever I wanted. I took advantage of the public library and usually spent my evenings with an open book in front of me.

During the month of August, I broke my library habit and bought a little paperback book: “The Hobbit”, or “There and Back Again” by JRR Tolkien. Because I read Tolkien with the young man I fell in love with, and, as I later read it aloud to my own children, these experiences told me how important it is to share words.

But the pressures of college, the end of my relationship, and the realization that I was a pre-law student because that was what my mother wanted, made me feel like I was deep inside. a well. I did not take the LSAT and I did not take an accounting course.

I missed the reading. The study of literature seemed the best way to discover a satisfying reading. I started postgraduate courses in English. During my third trimester, my romantic literature teacher came in with John Fowles’ “The French Lieutenant’s Wife”. He said something to the effect that, “We often wonder if a bestseller can be literature.” He then explained how the writing was close to a Victorian novel, but I had stopped listening. He said what I was thinking at 15.

Over the next several years, even a few pages of a poorly written novel affected my writing for two or three weeks. Much later, inspired by my children’s interest in science fiction and fantasy, and my reading of history, I played with writing a junior novel about the real Arthur. It brought me back to graduate school, this time probing the medieval world through Irish myths.

Oddly enough, between semesters, the need to come back to my free time led me to devour two or three novels until class resumed. However, when I finished my studies, novels no longer appeal to me. I turned to history again, along with science. I rarely read fiction more than once or twice a year.

But something changed when I read Hilary Mantel’s short story collection, “The Assassination of Margaret Thatcher”. I admired his handwriting and passed the book to my daughter. Then an acquaintance recommended – no, do that prompted me to read – Elizabeth Strout’s “Olive Kitteridge”. Strout created a real person and named her Olive.

I turned again to Mantel who brought a historical figure to the page. In Wolf Hall we see Thomas Cromwell as a thoroughly modern lawyer, capitalist and politician.

One of the courses I taught was called Writing About Religion and Politics in America in which we discussed the Protestant Reformation and the role of the Enlightenment in the founding of the United States. If I taught the same course today, I would include the political and religious hardships that the Tudors endowed with England and America and which the Founders surely worked to avoid.

Catching an NPR interview with Maggie O’Farrell, I bought her novel, â€œHamnetâ€. Although the book is captioned “A Plague Novel,” I see it as an examination of a marriage and what happens when one of the partners is confused by what to her is the lack of feelings of from her husband. I went back to Hilary Mantel and now read the sequel to “Wolf Hall”, “Bring Up the Bodies”. When I have finished it, I will turn to a writer who seems rather neglected to me, Edna O’Brien. Despite the many recommendations from a friend who is now deceased to read “Country Girls”, I will finally take his advice.

Many of you will have read these books. If not, add them to your list.

Susan Wozniak can be reached at columnists@gazettenet.com.

How to communicate complex financial information