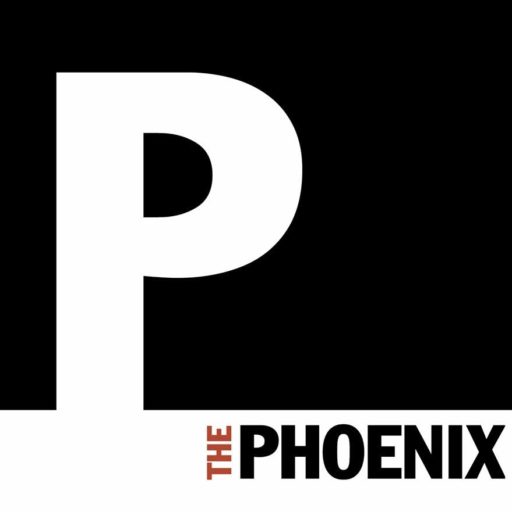 This is the first in a series of opinion pieces on how to start reinventing education in the 21st and 22nd centuries. The purpose of this exercise is to refresh the minds of those reading and to start asking a few questions for further study and examination. These essays are the general reflections of a former student of this college and this journal. However, they remain my views and mine alone. In some cases, the views offered in this series are likely to differ from the policy I would adopt if I were to write the rules myself. It seems natural to me. The desire here is heated inquiry, discussion and debate.

I propose that Swarthmore College incorporate rigorous financial education into its curriculum. By this I mean that all Swarthmore graduate students should be expected to master the basics of economic reasoning: how to read a balance sheet, how to think about investments, and how to assess the costs and benefits of policy proposals. In my opinion, this could be accomplished by requiring a good course on the subject, which students could choose not to take by passing a test, much like they do for their language or swimming requirements.

You may object to this proposition. It is my hope in this essay to persuade you of its necessity.

It may seem obvious that an institution that emphasizes civic engagement needs to ensure that its graduates know how money works. After all, it’s pretty hard to reason about why things are, or how things could be, in modern civil society without understanding costs, investments, and capital markets.

The classic retort to the proposition to take financial education seriously in a place like Swarthmore is that financial education is “professional” in nature and therefore not in keeping with the mission of the liberal learning college (where the “Liberal” does not connote the political meaning of the word, but in the classical sense, meaning more precisely “free inquiry”).

To understand why financial education is not integrated into the backbone of Swarthmore’s philosophy, despite its usefulness and place in the canon of historical knowledge, it is worth browsing the history of the college. What are the liberal arts really? And what do people think of them?

What are the liberal arts?

At the risk of being reductive, let me just say that the Swarthmore model of education, derived from the Oxford tutoring system, was heavily influenced by the German and then American research university, and was ultimately distorted by a series of changes in requirements and broader trends across academia. Such distortions are the subject of another trial, but for now it should suffice to suggest that all programs require revision after a certain period of time. Why do we make the choices we make? And why not do them differently?

Swarthmore grew around the idea that there should be research for research. One theory behind liberal learning is that there is such a thing as knowledge in the world, and however impractical or unnecessary knowledge is to learn, it is worth spending energy on discovering. , understand and transmit. Sometimes this knowledge remains useless to know, as interesting as it is: should we classify Pluto as a planet? Why or why not? But sometimes this knowledge cures disease or paves the way for atomic weapons.

Swarthmore brings together brilliant academic researchers and encourages them to continue their work while supporting the mission of educating the next generation of thinkers and scholars. He should continue to do so.

But somewhere along the line, this idea of ​​research for research, or, as it is sometimes thought, “the usefulness of unnecessary knowledge”, has been distorted into an argument for devaluing knowledge which is of immediate utility. Somewhere along the line, professionalism was looked down upon. Just think, for example, of some of the grunts about coding that one sometimes hears among humanists of a certain generation.

The problem is that such devaluation is semantically, historically and practically wrong.

The pursuit of knowledge for the sake of knowledge is an inclusive pursuit. Nothing in taking this mission seriously compels at the same time to devalue the knowledge that is pursued in the name of usefulness. The two can coexist. Indeed, they did. The initial aim of the liberal arts proposal was to carve out a small place among all the applied knowledge for certain theoretical activities; never to completely reject applied knowledge.

For example, the study of engineering, perhaps the most practical and applied science, has been an integral part of college for a very long time.

Additionally, the example of an institution similar to Swarthmore might be relevant here. The Institute for Advanced Study at Princeton, an institution led and shaped by President Swarthmore who had the most lasting influence on our curriculum, actually placed a value on applied knowledge. Although the center was devoted solely to the pursuit of advanced research by established academics, many of its leading academics applied the knowledge they pursued at the Institute to commercial work at Bell Labs, one of the leading companies. of 20th century R&D. Theoretical knowledge and applied knowledge for professional purposes went hand in hand.

Finally, it is a mistake to think that the pursuit of knowledge only goes in one direction, going from the theoretical to the applied to the vocation. The drafters of the American Constitution, for example, were not only academics. They worked as surveyors and lawyers, farmers and printers. It is no coincidence that we say that they “framed” the constitution: that’s what we call it when we lay the foundations of a house.

The idea for this essay arose after I learned of a particular policy that the college has in place for transfer students, namely that students who move to Swarthmore do not receive credit for courses from. accountancy followed in their previous establishments.

The stated rationale for this insane policy is that accounting is a professional course. It doesn’t matter that the college itself seems to offer a financial accounting course, or that many of the courses offered at Swarthmore College can be considered professional in nature, such as computer science, mechanical engineering, laboratory biology, and painting. In addition, many people who have graduated from Swarthmore College in non-professional subjects make research and teaching in those subjects their true calling. When you consider these facts, dismissal from accounting for professional reasons seems to lack analytical rigor. But nonetheless, let’s start from the idea that all college courses should be “liberal arts” in nature.

The defense of the liberal arts of accounting and financial education is simple: accounting is a research method. It may be clear that this is a research method employed in the discipline of economics. But it is also central to understanding politics, literature or history: what, for example, do the registers of the slave trade tell us about the history of the Atlantic? Well, to answer that question, you first have to be able to read a great book.

The college’s current stance towards financial education, however, indicates something more pernicious than illogical on the part of those who designed the program all those decades ago.

The tacit but banal reason for the discrediting of accounting is, to put it simply, elitism. (And, if the curriculum philosophies of the 1920s weren’t completely detached from other college policies, then perhaps some residual anti-Semitism as well.)

Historically a school of babies and college trusts, Swarthmore probably wouldn’t have needed to teach his students how to think about money: their parents would do it for them, as, in fact, mine did. have done for me. When I was eight, my dad sat me down and taught me to read a spreadsheet and calculate compound interest. He learned the basics of economic reasoning from his own father, who lifted himself out of abject poverty by selling street goods as a teenager in the 1940s in Kabul. These lessons from my father remain among the most interesting and important things I have learned in my life, my time in Andover and Swarthmore included.

While the Swarthmore of today may be educating more than its fair share of modern McCabes and Clothiers, it is also very nobly engaged in the education of a wider band of young people. But seriously committing to inclusiveness requires reconsidering what students might or might not be presumed to know before entering the Ivory Tower.

In order for first-generation, low-income Swarthmore graduates to be well positioned to meet the material challenges of life, they must be equipped with the tools to enable them to understand how they can advance in the economic game and be able to support their families. and communities when they enter the labor market. The college should take seriously the mission of using education as a tool for financial and community improvement. After all, it is no coincidence that the words for liberal learning and economic liberalism are the same: Functional market liberalism has enabled an extraordinary degree of individual freedoms and liberal learning over the past three centuries. , your opinions despite the Marxist roommate chair.

One imagines that in 2021, the college faculty is eager to find ways to discourage Instagram activism and lazy rhetorical politics that we’ve seen so much over the past decade. One way to do this is to give students the tools to properly analyze the problems that interest them in a way that will allow them to work towards achievable and effective solutions. These tools will inevitably require studying finance, as some of the most difficult and complicated issues facing modern civil society – like improving poverty or securing fair wages for workers – often require nuanced analysis. costs and benefits. (There is a reason, no doubt, that we call it collective negotiation.)

I propose that Swarthmore College provide financial education in the pursuit of liberal learning. The course could partner with the Lang Center to make the most of Swarthmore’s engaged scholarly mission and use real-life case studies as an example. Such an approach would be in keeping with the liberal arts mission to seek epistemic truth, and would also bring immense benefits to students.

The late Justice Ruth Bader Ginsburg used to ask, “What’s the difference between an accountant in Brooklyn and a Supreme Court justice?” And his response was, “A generation.

Many see this as a lesson in the power of the American Dream.

Not surprisingly, I take it as a lesson in the power of accounting.