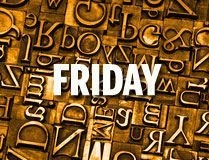 Regarding the “decisive victory” (Brian Lilley, September 11): apart from candidate Leslyn Lewis, were there any candidates for the leadership of the Federal Conservative Party who were genuinely conservative? It seems that the party has basically collectively become a money-minded political entity with little or no stance on major social issues, including abortion. Thus, they are closer to being libertarian, appearing to represent nothing but big business and balanced budgets. (The Liberal Party, like the Conservatives, consistently panders to corporate and wealthy goals, though Liberals have generally maintained their traditional liberal positions on fundamental social policies, including those involving race, gender and sexuality.) While a few decades ago it was essentially a party dominated by Christian politicians, it has become increasingly diluted with representatives who practice other religions or none at all. Either way, basic human necessities are apparently not their concern: while boasting smugly and promising “balanced” past and future budgets, they ruthlessly omit the human equation, as if tight finances were beneficial to the vast majority (if not the majority) of Canadians struggling to make ends meet. Assuming they were even truly balanced and not just creative accounting budgets, grinning nonsensical platitudes that simply by being in the dark the budget will leave enough “more money in the pockets of Canadians” in these financially very difficult times is insensitive at best. Meanwhile, they continue to distribute the corporate wellness check grants to already highly profitable – but planet-polluting – businesses! — companies. And for conservatives, they certainly subsidize corporate causes and allow the fossil fuel industry to pollute our natural environment quite generously.

(We need at least one of our federal political parties to focus on money matters. Our debt and our deficits are astronomical, and that money eventually has to be paid back. But the interest we pay is money. money that is not used to pay for social services that Canadians need)

Re “Trudeau is doing everything he accuses his opponents of doing” (Brian Lilley, September 13): truer words have never been spoken! Canada’s many divisive issues stem from the fact that Trudeau, bereft of an original idea, borrowed most policies from Biden’s Democrats. This led Trudeau to say that diversity is our strength, climate change is the biggest security threat, open borders, declaration of war on fossil fuels, Canada being systematically racist, truckers being compared to those who protested the January 6, 2021 US election and falsely called insurgents. Both Trudeau and Biden are globalists, supporters of the WEF and Great Reset whose policies are dangerous. Trudeau told his cabinet he had to stay to run in the next election to arrest Pierre Poilievre, whom he said was a real threat to Canadian democracy. That’s rich coming from someone who suspended liberty invoking the Emergency Measures Act, repeatedly flouted parliamentary procedures, was embroiled in major corruption scandals, was convicted twice serious breaches of ethics and whose tax policies have pushed us ever closer to going over the fiscal cliff!

(we’re not going to predict the outcome of the next election, it’s a fool’s game. But Canada now has a leader of the Conservative Party who won’t back down and can articulate a message)