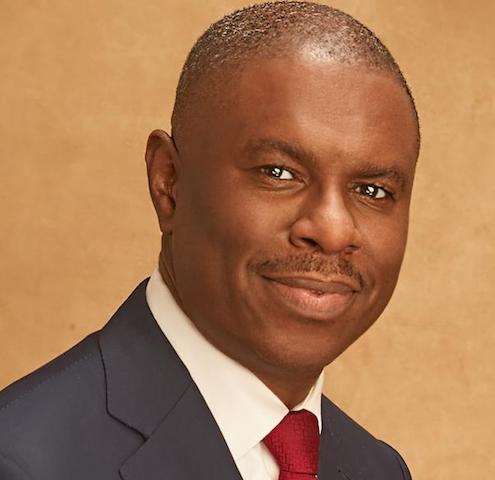 Ministers and their bulletins, by Dakuku Peterside

Last week, this column focused on the legacy of elected political office holders as we end one political era and move into a new one. This week we will focus on political appointments. After nearly three and seven years of service to the nation respectively, it is time to reflect on the performance and added value of our ministers and heads of parastatals. Holding accountable our ministers and heads of departments and agencies, appointed by the president, is a fundamental element of participatory democracy.

In our time, the power wielded by these office holders and the impact of their actions and inactions are too great to ignore in the power equation. This situation is more noticeable when you have a charismatic and effective leader as a minister or head of a parastatal. They galvanize their ministries or agencies to carry out their mandates and improve the quality of life of the populations and the development of the country.

Three critical, though misleading, assumptions are common in our country. First, ministers are only accountable to the president and not to the people. Second, only the president sets the minister’s goal, and only he can assess his performance. Third, whether ministers perform or not, credit, blame or condemnation rests with Mr. President, who appointed them to act on his behalf.

Under proper scrutiny and contextualization, these assumptions are not absolute truth in American-style democracy, which we have effortlessly copied to fit our cultural context. The ministers are mentioned in the constitution, and they derive their powers from it, and the people approve them through the legislature to serve them. The third is that the funds they spend on all activities come from a national purse or from our common good.

The importance is that they owe their primary loyalty to the country and the constitution from which they derive their powers before the one who appointed them. Ministers cannot hide under these fallacious and illogical assumptions to dodge accountability separate from the accounting. Every ministry exists for the public good; it is therefore important that ministers and heads of parastatals explain and justify what they have done with public funds to advance the public interest. Anything less than that is democratically unacceptable. Ministers and heads of departments and agencies are the intermediaries through which government operates and carries out its functions. The government implements all its policies through the Ministries, Departments and Agencies (MDAs) with their civil service structure which is supposed to be apolitical and designed to serve the government in power. The role of the minister is crucial in shaping an efficient and effective ministry, fit for purpose and delivering good democratic dividends to the people. We can safely conclude that the sum of the output of government ministries, departments and agencies (headed by ministers and heads of parastatals appointed by politicians) roughly equals the total productivity of government in terms of of structures and infrastructure, creation and execution of policies, and the procedural and operational efficiency of the socio-economic and political ecosystem. Based on the foregoing, the primary function of the minister or head of the parastatal body is to organize, manage and direct all material and human resources available to the department or agency to carry out their mandate in accordance with the prevailing ideology, objectives and aspirations of the government in power. They must see themselves as the voice of the government they represent and, in a democratic society, the voice of the people and the voiceless.

This current government has appointed 36 and 42 ministers respectively in the first and second terms. He also appointed heads of parastatals or agencies under each of these ministries. How have they performed over the past three or seven years, depending on when they were appointed? What development indices have they credited? How have their works impacted the quality of life of the people they serve? What are their dashboards? The answers to these questions will highlight the effectiveness or lack of effectiveness of the ministers and heads of parapublic organizations and of the departments and organizations they supervised. As a general rule, the presidency that appointed ministers should have a template for evaluating ministers at periodic intervals and at the end of their term. Despite their political character, it might be better to assess ministers more like departmental CEOs with clear objectives and performance indicators.

The ministerial mandate tests the appointee’s creativity, energy and management capacity. In recognition of this, during the mid-term ministerial performance review retreat held in October 2021, nine presidential priorities and legacies were identified and commitments made by ministers. We have yet to see these commitments have a significant impact on the macroeconomy, poverty reduction, food sufficiency, electricity, education and health. As leaders, ministers should start thinking about their legacy for posterity. This last year before the general election gives them time to complete whatever they consider to be legacy projects or programs, to focus on a few projects that will have a significant impact, or to change course and at least accomplish a good for the people. Failing to make good use of the remaining time can amount to a missed opportunity, and history does not forgive mediocrity.

Today, a quick survey of our incumbent ministers indicates that a tiny percentage have had a significant impact. Others are anonymous and a few interested entrepreneurs remember them as ministers still sleeping on duty. Staff can remember a few others from their various ministries as passers-by who added no value but colluded with contractors to plunder our common good.

We still remember ministers who did a great job in Nigeria in the recent past. We have had ministers who are remembered for innovative policies and who made a difference; we remember Ngozi Okonji Iwela for securing Nigeria’s debt cancellation and creative management of the economy, Akinwumi Adesina for innovative agricultural policies that served the poor, among others. So, if any minister wants to be part of this league of highly valued ministers in Nigeria, now is the time to create the legacy, and history will be kind to them.

Heads of parastatals are not left out. That parastatals spend trillions of naira every year on providing services – regulation, advocacy, projects and therefore deserve public scrutiny. These services are the backbone of the entire ecosystem and if not properly performed will lead to inefficiencies and non-competitiveness in all sectors of the economy and poor quality of life for all. . Major sectors of the economy, from shipping to telecommunications to banking, are regulated by these agencies to ensure they run smoothly and not crash the system. Unfortunately, only a few of these parastatals operate optimally and fulfill their mandates.

Some of the leaders are performing exceptionally well and the impact of these parastatals is felt at all levels. We owe much gratitude to such heads, and history will judge them favorably. Some of these parastatal business leaders are showing exceptional leadership in transforming an almost moribund administrative system they encountered when they were appointed into a modern, technology-driven, business-driven organizational system. vision. However, most heads of parastatals had performed below expectations and made no positive changes to the system they had inherited; instead, they had left him worse off than before they took office. To these heads of parastatals, I sincerely hope that they will use this year to reflect on the tasks to be accomplished and chart ways for improvement.

In my experience, the challenges of running an MDA or parastatal in Nigeria are enormous. You are faced with landmines and deep-rooted interests. Any parastatal leader must be focused, determined, proactive and have a knack for being efficient and achieving goals to make meaningful improvements to the system. In some parastatals, the combination of unskilled and unmotivated human resources, an almost religious reliance on path dependency, and almost non-existent modern technology to drive processes and increase productivity make it almost impossible to achieve meaningful results. Transforming a parastatal is a science and an art. I have documented my own experience of changing NIMASA over the four years

I was charged with the responsibility of steering his ship in my landmark book titled “Strategic Turnaround: Story of A Government Agency published in 2021. Waziri Adio, who served as the Executive Secretary of NEITI, also did so in his memoirs, “The Arc of the Possible”. If you need new insight into the strategic repositioning of a parastatal in Nigeria, read these books and you may learn some useful lessons.

Ultimately, the quality and effectiveness of ministers and heads of parastatals are critical to the overall performance of government, as all policies are executed through ministries, departments and agencies. Ministers and heads of parastatals should actually admit that they are faced with three assessments: the assessment of the President who appointed them and to the pleasure of whom they serve, the public they are charged to serve and history, which keeps records. Of the three verdicts, the one in history is the most striking and the stickiest. If the verdict is to be believed, Nigerians do not count with most of our ministers. But it’s not too late to improve. This year will mark a turning point in creating legacies for ministers and heads of parastatals. A point in time, it is said, saves nine.

Dakuku Peterside is an expert in politics and leadership.

Support the integrity and credibility journalism of PREMIUM TIMES

Good journalism costs a lot of money. Yet only good journalism can guarantee the possibility of a good society, an accountable democracy and a transparent government.

For free and continued access to the best investigative journalism in the country, we ask that you consider providing modest support to this noble endeavour.

By contributing to PREMIUM TIMES, you help sustain relevant journalism and keep it free and accessible to everyone.