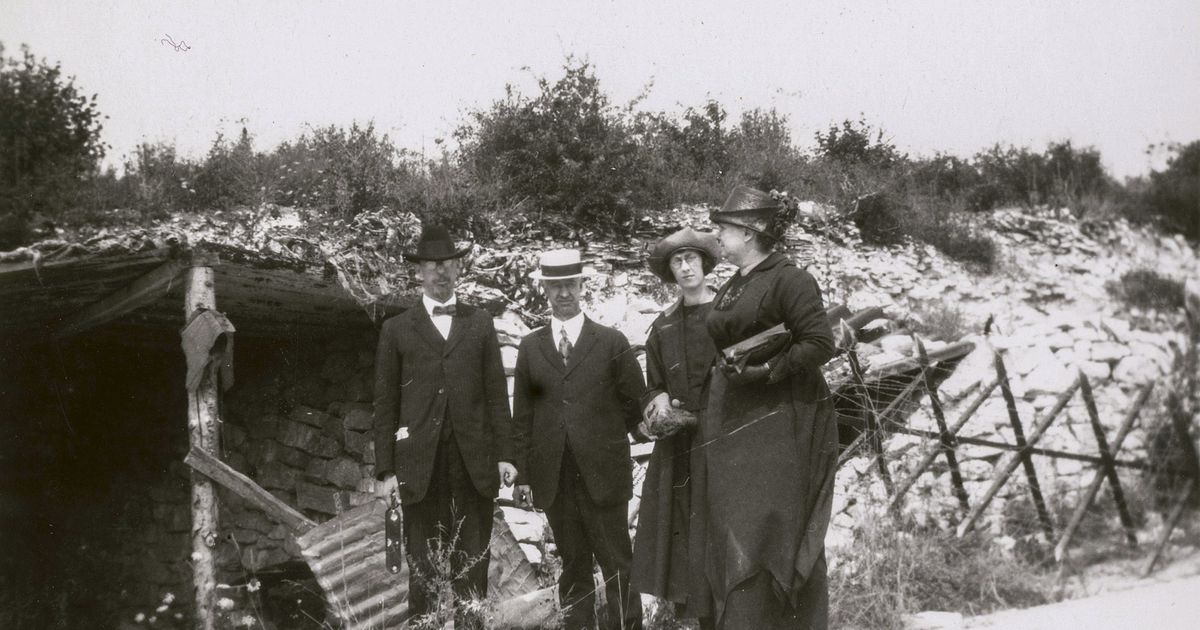 As the directing historian of “Saints,” an official history of The Church of Jesus Christ of Latter-day Saints, Jed Woodworth was desperate. He and his team of writers and historians agreed – the third volume in the series would not be complete without the story of a German member who had lived between 1920 and 1955.

“Why Germany? Because of its two world wars, National Socialism and Hitler,” he said. “We wanted a character to tackle that.”

Germany also represented an international stronghold for the faith at the time with a “very robust LDS community,” Woodworth added. However, countless hours of rummaging around in all the usual places had left him empty-handed.

Not knowing where to look, he drove to Brigham Young University in Provo one Saturday and began rummaging through a shelf of Mormon biographies. It was there that he came across the story of a woman named Helga Meyer (née Helga Meiszus), a third-generation Latter-day Saint born in 1920 in East Prussia.

“In maybe 30 minutes I knew it was her,” Woodworth said, citing a story in which Meyer uses his membership in church youth programs to avoid membership in the Hitler Youth.

Even better, the woman who recorded Meyer’s story was still living in Salt Lake City.

“One day after work, I went knocking on his door and explained to him what I was doing and that I had some questions,” he said. The woman’s response stunned him.

Meyer, she explained, was also alive and living just around the corner. “Why don’t you ask Helga yourself?” she suggested.

At 96, Meyer has remained sharp enough to recount the missing details from the memoirs — and more.

“I liken it,” Woodworth said, “to manna from heaven.”

Expected release April 22″Saints: The History of the Church of Jesus Christ in the Last Days, Volume 3, Boldly, Nobly, and Independent 1893-1955″ is the third installment in an official four-volume history of the Utah-based faith. Deeply researched and extensively edited, including by senior church officials, the 700-page tome spans from the aftermath of the opening of the Salt Lake Temple in 1893 to the dedication of the Bern Switzerland Temple, the first built outside of North America, in 1955.

What sets this book apart from its predecessors is its “global reach,” said Scott Hales, a writer who worked on the project. Besides Germany, the text travels from New Zealand to South Africa to Brazil and beyond, capturing the experiences of an increasingly diverse membership.

Among these international figures is Claudia dos Santos, a Brazilian who converted to the faith in 1943 to be called president of a branch, or small congregation, a few months later.

The team discovered it through a collection of microfilm reels, but the account was “very short”, Woodworth said. “We needed more details.”

He tracked down a grandson of dos Santos who lived in Salt Lake City to see if he knew more about his grandfather’s experience.

“Again, I find an address and go knock on the door” to find that, like Meyer, not only is dos Santos still alive – then 102 years old – but also lives nearby.

“Claudio allowed me to interview him and fill in the story,” Woodworth said. A year later, dos Santos died.

A church in transition

(The Church of Jesus Christ of Latter-day Saints) The dedication of the Laie Hawaii Temple on November 27, 1919.

Much more than a display of faith gaining traction overseas, “Saints, Volume 3” is a story of leaders and individuals redefining how the church works in people’s lives during a time of great changes, said Lisa Olsen Tait, another historian who worked on the book.

“Things are changing so rapidly – the material conditions of life as well as people’s mental frames and horizons,” she said. “This book talks a lot about how we make these transitions” and how “people find spiritual meaning in this modern world.”

Debates rage within the church’s senior leadership over evolution, new youth organizations based on the latest research emerge, and all the while the church continues to expand across the Earth. – bringing new perspectives and voices.

In many ways, Tait said, the book is about “transitions” with echoes of experiences facing many Latter-day Saints today — whether it’s a global pandemic in the form of the Spanish flu of 1918, the economic uncertainty caused by the Great Depression, or war.

“There’s so much in this book,” she said, “that resonates with where we are right now.”

How did the first two books go?

(The Church of Jesus Christ of Latter-day Saints) Members of the Monroy family joined the LDS Church in Mexico in the early 20th century and are among those featured in “Saints, Volume 3”. Rafael Monroy, far left, was a branch president killed along with another Latter-day Saint during the Mexican Revolution. From left to right, the women depicted are his daughter María Concepción, his wife, Guadalupe Hernández, his sister Natalia Monroy Mera, his mother, Jesusita, and his sisters Jovita Monroy Mera and María Guadalupe Monroy Mera.

Woodworth never imagined when he took on the role of chief historian — a position he inherited the day the first volume hit the shelves — the kind of reach the project would have.

“We didn’t really know how many readers we would have until we released that first book,” he said, “and it turned out to be a phenomenon.”

For his part, Tait expects no less from the latest installment. “I really think,” she said, “readers will find the stories very, very compelling.”

The digital version will be available in 15 languages ​​- including Cebuano, Chinese, Russian, Korean and more – with print editions in those languages ​​to follow in the coming months.

(The Church of Jesus Christ of Latter-day Saints) Dedication of the Cardston Alberta Temple on August 26, 1923. Seated in the front row in the middle is Heber J. Grant, then President of the Church.

Swedish wooden skyscraper is the perfect example of how sustainable buildings can fight climate change | Earth.Org – Past | Present