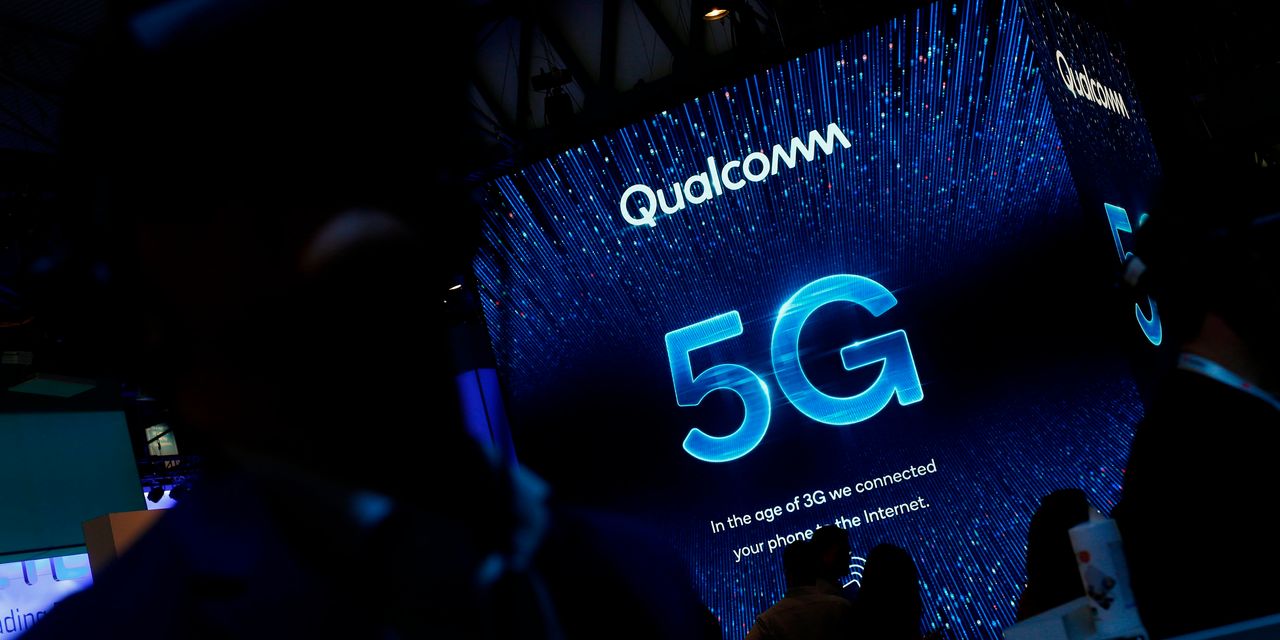 Shares are higher late in session Wednesday after the cellphone chip provider posted better-than-expected quarterly results and offered a strong outlook for its current quarter, driven by strong demand for smartphones.

For the fiscal fourth quarter ended September 26, Qualcomm (ticker: QCOM) reported revenue of $ 9.26 billion, up 43% from a year ago. That’s above the company’s forecast range of $ 8.4 billion to $ 9.2 billion and the Wall Street consensus forecast of $ 8.86 billion.

Adjusted non-GAAP earnings were $ 2.9 billion, or $ 2.55 per share, also exceeding both the company’s forecast range of $ 2.15 to $ 2.35 and the consensus of analysts at $ 2.26 per share. According to generally accepted accounting principles, the company earned $ 2.45 per share.

In a statement, Qualcomm CEO Christiano Amon noted that the company has surpassed its 2021 financial targets set on the company’s 2019 Analyst Day for both revenue growth and margin expansion. . â€œWe are well positioned to continue to dominate mobile and enable the digital transformation of industries through our broad portfolio of relevant technologies,â€ he said. â€œOur results in the front-end RF, Automotive and IoT areas attest to the success of our technology roadmap and our revenue diversification strategy. “

Qualcomm has fiscal first quarter revenue of between $ 10 billion and $ 10.8 billion, with non-GAAP earnings of between $ 2.90 and $ 3.10 per share. The Wall Street consensus had called for revenues of $ 9.7 billion and earnings of $ 2.60 per share. The company now sees total 2021 calendar global handset shipments ranging from 500 million to 550 million, reducing the range from previous forecast from 450 million to 550 million.

Qualcomm also said it repurchased $ 771 million of shares during the quarter, bringing the total for the full year to $ 3.4 billion.

Qualcomm shares are up 5.2% at the end of the session.

The Senate passes the Inflation Reduction Act. What’s inside.