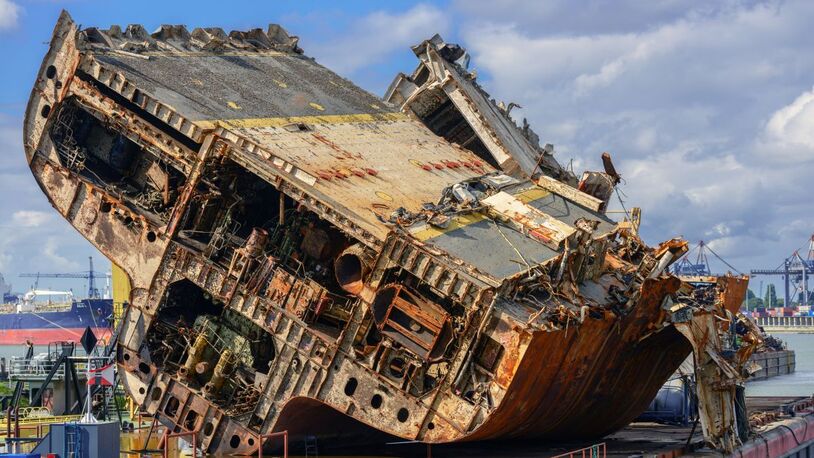 We have long maintained that the lack of demolition in the large tanker segment is due to employment opportunities for aging tankers carrying Iranian and Venezuelan barrels. On the contrary, this trend has become even more pronounced since last year, as the list of tankers associated with the sanctioned trade continues to grow. To date, 12% of the existing VLCC fleet and 9% of the Suezmax fleet are linked to Iranian and/or Venezuelan trade.

There are more ships suspected of being involved; but the evidence so far has been inconclusive. Overall, tankers involved in the illicit trade make up a significant portion of the fleet, accounting for the vast majority of vessels built in 2003 or earlier. Once these units start trading sanctioned barrels, they disappear from the traditional international market.

Furthermore, sanctioned trade operations appear to be very inefficient, with most vessels able to load (or seen/suspected to load) once or twice a year, with a lot of time spent in ballast awaiting loading or loaded in waiting for unloading. Of course, the tankers involved in such a trade often turn off, which makes it much more difficult to get an accurate picture of what exactly is going on. Yet export data provides further evidence of the inefficiency of illicit operations.

Kpler estimates that between May 2021 and April 2022, Venezuela and Iran exported 0.55 M barrels per day (b/d) and 0.73 M b/d respectively. Assuming all of these barrels are destined for China with a 30/70 split between Suezmax and VLCC, if operations were efficient, theoretically only 20 VLCC and 30 Suezmax would be needed for this trade.

With more and more aging vessels entering illicit ‘closed’ trades, there are not many tankers of this age group left in the conventional market, particularly if the vessels involved in fuel oil/crude storage are excluded from the equation.

According to our estimates, only 18% of VLCCs and 27% of Suezmaxes built in 2003 or earlier are considered to be actively trading. Regularly stored aging tonnage is unlikely to return to active trade; however, the future of those involved in illicit operations is uncertain.

International efforts to reach a compromise with Iran and Venezuela have intensified in recent months and if sanctions related to exports of Iranian and Venezuelan crude are eased or removed, competitive tankers subject to international trade should prevail in this market. For the “ghost” fleet, this could make demolition easier, but with Western governments moving further and further away from Russia, at least some of these ships are likely to find new employment opportunities.