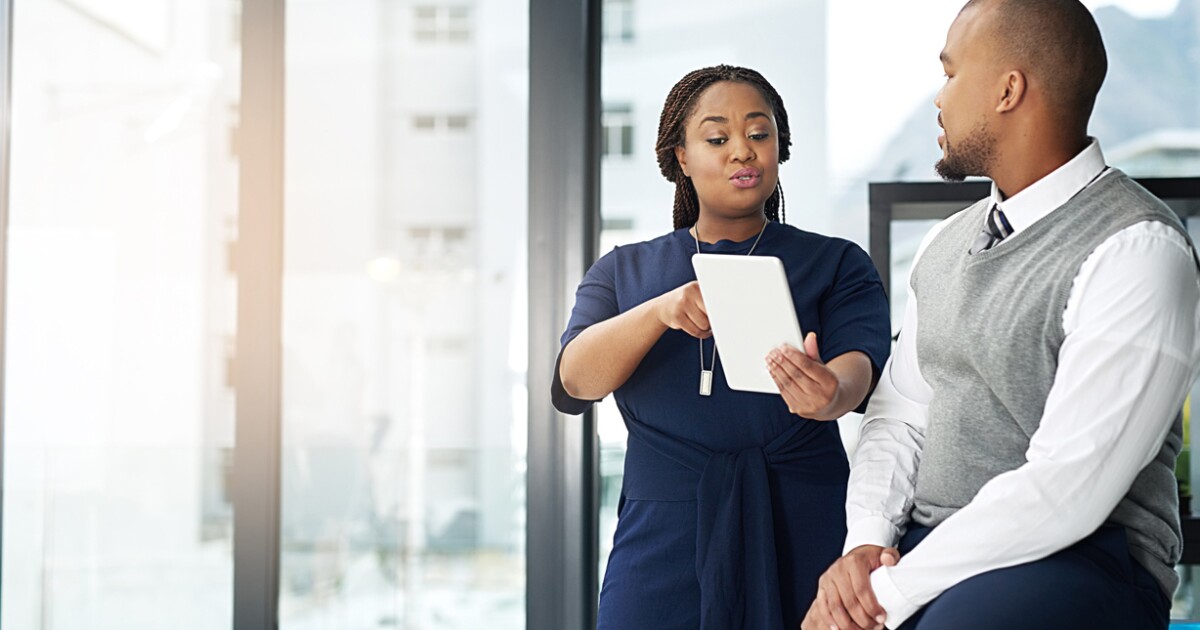 Strengthening the pipeline of black CPAs

A century has passed since John Cromwell became the country’s first black CPA. Meanwhile, he and other pioneers, such as Mary Washington Wylie and Elmer Whiting, have opened new doors for blacks in the profession – but their work is not done, and black CPA models continue to do. break down barriers and encourage young people. to pursue a career in accounting.

Exposure to the profession and all it has to offer is an important factor for a young person to become a CPA – and the sooner the better, as evidenced by the experiences of three black leaders in the profession.

For example, it was during a career discussion in her third grade class that Kimberly Ellison-Taylor learned that an accountant is someone who “manages the money.” The founder and CEO of KET Solutions decided that accounting was her career and continued her studies in accounting in high school. His college did not offer a specialization in accounting. After earning degrees in information systems management and an MBA, she attended community college in the evenings to take the courses she needed to qualify for the CPA designation. Now head of his own consulting firm, Ellison-Taylor has held global leadership roles at Oracle and was the first black person to chair the American Institute of CPAs and the Association of International Certified Professional Accountants, as well as the first black woman to chair the Maryland Association of CPAs.

Meanwhile, Steven Harris, a partner in charge of the Entrepreneurial Services Group and a partner in the Insurance Services Group of Top 100 Firm RubinBrown, began studying engineering, but a basic college accounting course piqued his interest. His father ran his own wall hanging installation business, and seeing the good and bad advice he received along the way, Harris appreciated the value of a knowledgeable business advisor. An internship at RubinBrown while in college “made it real,” he said. “I started to like the job.

“I’ve always been good at math, but I hadn’t associated it with a career,” said Dorri McWhorter, until she read a book about successful accountants when she was in seventh grade. . She studied accounting in high school and obtained an internship in the accounting department of a local company. “I loved school, and hearing about these opportunities allowed me to focus my energy,” said McWhorter. She became the first black partner of what is now the Top 100 Firm Crowe, CEO of the YWCA of the Metropolis of Chicago, and will soon be the first black person and the first woman president and CEO of the YMCA of the Metropolis of Chicago. She was also the first black president of the Illinois CPA Society.

These models offer a wealth of advice for potential black CPAs:

As the stories of these CPAs demonstrate, career decisions can often be made very early on based on what can be a haphazard introduction to the profession. Opening the door to more black CPAs may require a more intentional effort to include them, as they are less likely to be introduced to an accounting career through family and community due to the low percentage of Black CPAs in the profession.

“One of the downsides to recruiting is that accountants are heroes behind the scenes,” Harris said. “It will take a collaborative effort among firms, professional organizations and colleges to ensure that potential black CPAs are more exposed to the profession from an early age. “

“Creating a black CPA doesn’t just happen in one step,” said Ellison-Taylor. “There are many people, stages and factors involved. Thinking back on her own journey to the AICPA Chair, she traced her beginnings to: having a vision; lots of mentors, coaches and sponsors; enter college; continue with their CPA; become a volunteer and then a senior executive in his crown corporation; become president of the Maryland State Society and serve on the AICPA board; sit on the Horizon 2025 project and on the business and industry executive committee; be selected for the AICPA Board of Directors and be successfully appointed to the position of AICPA Vice-President and then President.

This is only one path, she noted – studying the many paths and barriers to success can help identify the best ways to introduce black students to the profession and support them on their journey.

“We have to open these doors so that we can be at the table and participate,” said McWhorter. “If you’re the first, then the goal is to get the second and the third, and so on until you can stop counting.”

2021 marks the 100th anniversary of the first black CPA, and the Black CPA Centennial is a year-long effort to honor, celebrate, and build on the progress black CPAs have made in shaping the accounting profession. The celebration is a collaborative effort of the American Institute of CPAs, the Diverse Organization of Firms, the Illinois CPA Society, the National Association of Black Accountants, and the National Society of Black CPAs.

This article is part of a series celebrating the centennial through profiles of some of the top 100 black CPAs as well as others who paved the way and paved the way for future diversity in the profession.

Other articles in this series include: