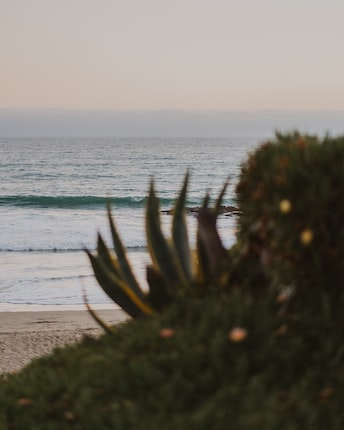 The fragile future of our “common reality” – InkFreeNews.com

COLOMB – “What is the sum of two plus two?” “, Asked a company president while interviewing a series of candidates to lead his accounting department.

Plaintiff after plaintiff, he answered “four” and each was rejected and escorted out of the building.

On the verge of giving up, the president turned to the final candidate and asked the question one last time.

“The sum of two plus two is what you want it to be, sir,” replied the future CFO.

The joke is old – funny because the whole idea is ridiculous.

Obviously, two plus two is four. Obviously, the president and the new CFO are crooks.

“Four” has been the reality my whole life. The reality has not been debated. Reality has been a constant, unaltered by anyone’s efforts to bend it to their own desires. What is, is. What has been has been.

Americans may not agree on the precise facts of a case or the truths that those facts reveal, but almost all of us believed we lived in the same “real” world – a place where two plus two will always equate to four, no matter what we wish it to be.

I worked 40 years as an active journalist, believing that a “common reality” was a core American value. My job, I believed, was to present the news of the day as objectively as possible in this reality.

I was not naive enough, of course, to believe that total objectivity was possible. Even the best effort planned for total objectivity is filtered through the subjectivity of each writer and editor. Yet the intention and effort to be objective was an overriding journalistic principle.

Readers occasionally complained about the news perceived to be “biased”. Sometimes the newspaper was at fault; an opinion column was not clearly labeled as such, or a journalist’s opinion somehow made its way into a news article or was implied in a headline.

And, on the other side of the objectivity equation, complaints about “biased news” were themselves often “biased.” Such complaints did not necessarily mean that the reader wanted objectivity. Sometimes the reader was upset because the objective facts did not support their social or political views. When the facts tell a story that conflicts with a person’s sincere beliefs, no matter how unbearable those beliefs may be, some are tempted to blame the messenger.

Yet in my 40 years as a journalist, editor, and publisher, I have encountered very few situations where disagreements cannot be discussed and conflicts potentially resolved. Almost everyone lived in a “common reality” and believed that two plus two was four. Reality – a common and inviolable basis of fact and truth – was a point of contact in almost every difference of opinion.

My concern today is that a blurring – if not a complete rejection – of the distinction between reality and belief too often wins and closes the reasoned discussion.

I’m afraid too many of us have accepted the idea of ​​”reality by consensus” – defining what is “real” based only on the consensus of any group that decides to come together and be the “decision maker”.

The creation of these consensual alternative realities – filled with supposedly alternative facts and truths – has been promoted by an array of opportunists and crooks: politicians who garner votes by anointing the worst human beliefs and behaviors as acceptable, even noble. – the most eccentric lies as objective truth; the media that jump on the bandwagon to make money by supporting lies and comforting people who want to believe them; citizens who believe that two plus two doesn’t have to be equal to four, if they just join a group that says the sum is three, or six, or whatever.

I hope this consensus reality train that much of our nation has boarded on is just a dividing line to nowhere and eventually breaks down.

But, if this absurdity is here to stay, and the future of our nation no longer has a common reality, that future is as fragile as the wing of a butterfly.

Once a sufficient number of us accept the irrational idea that reality is simply a matter of personal or group opinion, not only can legitimate newspapers disappear from existence, but also our nascent experience of 245. years in representative democracy.

Bud Herron is a retired editor and newspaper editor who lives in Columbus. He was editor of La République from 1998 to 2007.

This article is courtesy of the Hoosier State Press Association.

Google is working on offering FD to Indians via Google Pay