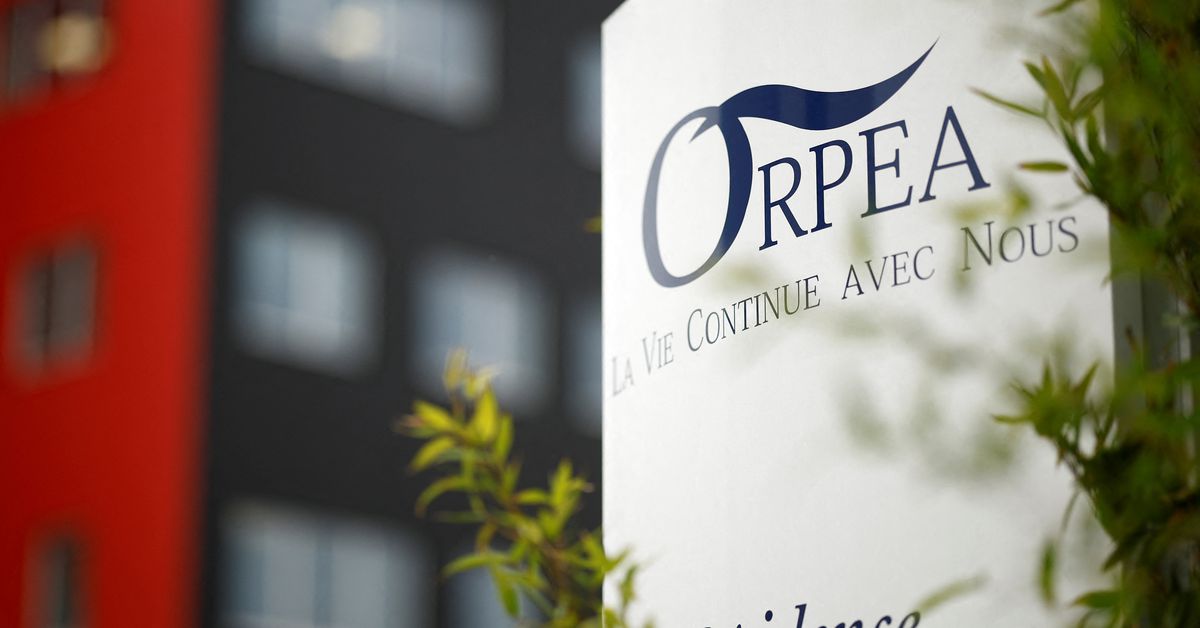 The government said it would send its findings to state prosecutors and seek to recover public funds provided to the company after discovering possible irregularities in their use.

The government is seeking to recover up to tens of millions of euros, corresponding to the period 2017 to 2020, Bourguignon said in an interview published in the French weekly Journal du Dimanche early Sunday.

Orpea replied later on Saturday that while the government report “highlights certain dysfunctions”, it “also allows the conclusion that there is no organized ‘system’ which would lead to widespread abuse”.

“We have taken full measure of the legitimate emotion aroused by these dysfunctions, many of which are due to the shortage of care and support professionals which affects us like the entire EHPAD sector”, declared Philippe Charrier, Chairman and CEO of Orpea. officer.

A book by freelance journalist Victor Castanet in January reported serious lapses in hygiene care at an Orpea retirement home in an affluent suburb of Paris. The French group has repeatedly denied systemic shortcomings and said in its statement on Saturday that it denies “several particularly serious allegations” in the book.

The government is inspecting the country’s 7,500 nursing homes over the next two years and plans to strengthen legal and accounting rules to better regulate groups managing care for the elderly, with a view to greater transparency on the use of public funds, he said.

Coupling relativity, quantum mechanics and neutrinos for the synthesis of matter