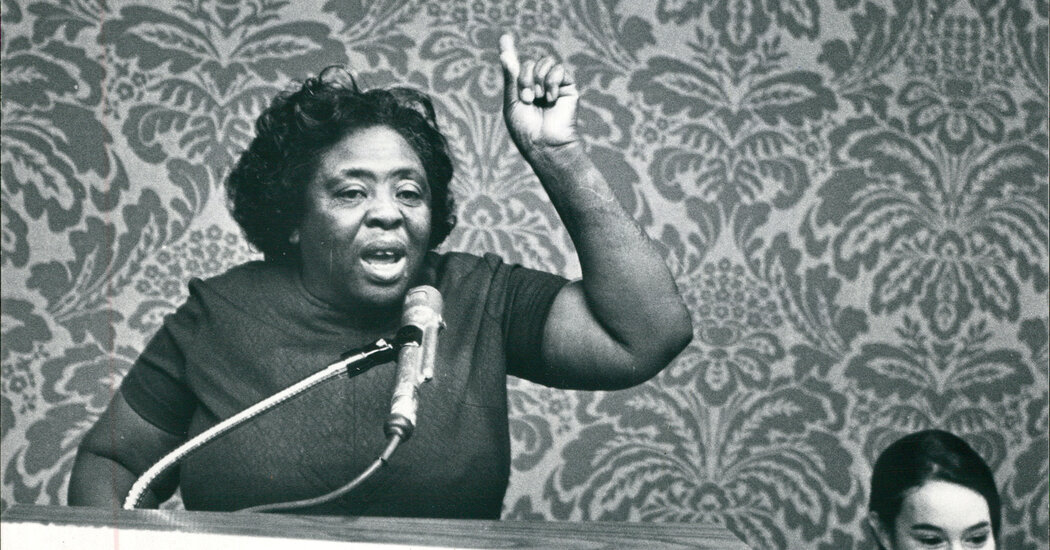 UNTIL I AM FREE
Fannie Lou Hamer’s Enduring Message to America
By Keisha N. Blain

On August 22, 1964, Fannie Lou Hamer, a black sharecropper from Mississippi, took her place before the Democratic National Convention Credentials Committee in Atlantic City, NJ. She was there to challenge her home state’s attempt to sit an all-white delegation. On that sweltering day, in front of television cameras, Hamer continued to recount his efforts to register to vote in a state that had historically denied black citizens the right to do so.

Almost two years earlier, she said, she had traveled 42 km by bus to a remote courthouse to take the state-required literacy test. Subsequently, she and the group of black citizens she was traveling with were arrested by police – an apparent attempt to intimidate them – and when she arrived home, she found that her white owner, enraged at her determination to register, expelled her from the farm where she worked. The following June, she sued, while returning from a voter registration workshop, authorities in Winona, Mississippi, arrested her and her traveling companions. Hamer told the Credentials Committee that he was immobilized, beaten with blackjack and sexually assaulted by police. “Is this America,” she boldly asked, “the land of the free and the home of the brave, where we have to sleep with our phones off the hook because our lives are threatened daily, because we want to live like decent human beings in America? “

While Hamer’s call for black delegates to sit in his Mississippi Freedom Democratic Party failed, she managed to imprint on American consciousness a vivid image of the wickedness of white racism in the South. After the convention, she returned to Mississippi to continue her fight for the registration of black Americans as well as to fight all forms of discrimination. Outspoken, with only a sixth grade education, Hamer was charismatic and a brilliant local organizer. Over time, she succeeded in pushing Mississippi to open the vote to blacks, transforming local, state, and national politics, a process somewhat easier after the Voting Rights Act was passed in 1965.

Is Maximus (MMS) Now an Appropriate Stock for Value Investors?