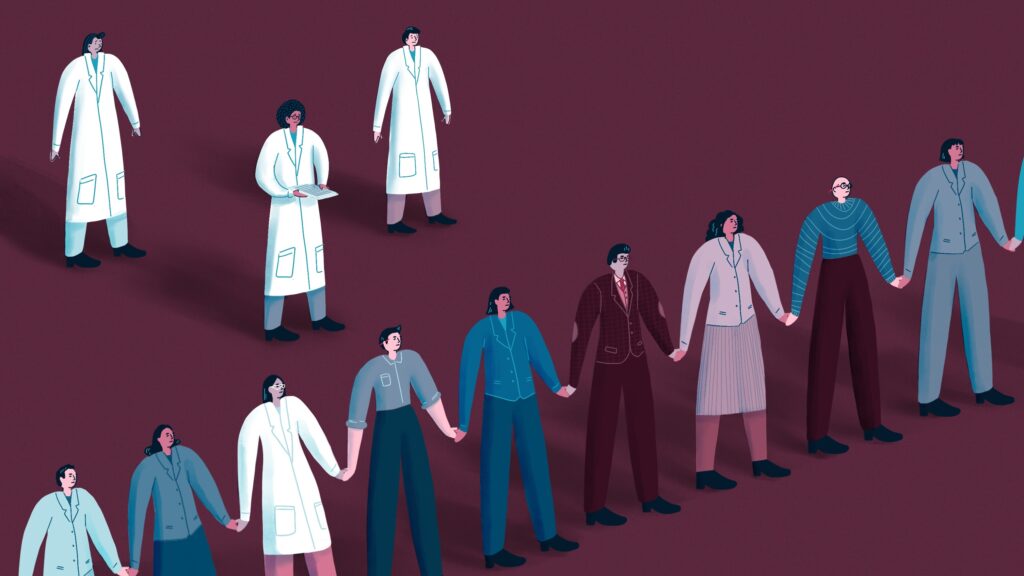 In recent years, many healthcare professionals have been confronted with difficult chapters in the history of their institutions, as societies more broadly question how to deal with past institutional trauma. Whether it’s problematic medical experiences; abuse of authority; systematic patterns of neglect, discrimination or racism; or funders with dubious sources of wealth, many institutions now have to reckon with their past.

Some of these transgressions will be taken to court. In other cases, institutions may be asked to provide substantial reparations.

Few things in medical training or practice provide clinicians with good preparation to meet such challenges. At the same time, leaders can expect to be challenged if they fail to address these issues. When mistakes are made in the process, reputation suffers, impacting staff morale and patient confidence. How, then, can healthcare professionals manage complicated legacies?

A structured ethical framework can offer a sensible solution to address the multidimensional nature of public sensitivities. The Ethics of Political Commemoration offers a framework increasingly used in other contexts to deal with national or local issues of memory. Ethics here means, at the very least, looking for arrangements that can be supported. The approach distinguishes the question from whether commemorate loss and trauma from considerations about How? ‘Or’ What commemorate.

The criteria were developed in part on the basis of just war tradition. This ethical framework, developed over centuries, seeks to restrict the use of force. It emphasizes that action should be directed towards restoring a better future and calls for mutual respect and restraint, which is also a sensible approach to commemoration. An indication of the scope and impact of this tradition is that, as the International Committee of the Red Cross points out, key aspects of the just war tradition have been integrated in international humanitarian law. This framework is also referenced in the medical literature.

As a first step in dealing with institutional trauma, within the framework of the Ius ad Memoriam of the Ethics of Political Commemoration (better translated as “can commemoration be justified”), one of the main objectives is the intention of commemoration. For most medical facilities, this will mean reassuring patients, staff and the wider community that the facility is truly committed to doing the best it can for them. This will usually involve acknowledging that the suffering has occurred as part of the commitment to do things differently.

The process of resolving historical challenges must be grounded in legitimate authority involving a range of voices, from groups that have been affected in the past to current stakeholders and those engaged in the future of the institution. Top-down decision-making is not enough to process past trauma. It also takes time for people to feel comfortable sharing their stories and contributions and to reflect.

At the same time, any proposal must have a reasonable chance of success at a proportionate level of effort. There is little to be gained if proposals to address the past sweep the boundaries of current community care.

In a second step, Ius in Memoria (best rendered as “how commemoration should be conducted”), institutions can reflect on how to deal with institutional trauma.

Contained inscrutability is another sensible criterion of the Ethics of Political Commemoration, clumsy as the phrase may seem at first glance. Regarding past transgressions, it is advisable to be specific with dates and places in order to contain what happened. At the same time, it is important to recognize the difficulty of understanding “the endless absence that follows,” as writer Joan Didion described traumatic loss in her book “The Year of Magical Thinking.” Also for this reason, it may be a good idea to keep the number of victims in broad categories, such as “tens” or “hundreds”. In many cases, it can be difficult to establish the precise number of victims. Meticulous cause-and-effect accounting is rightly the task of historians, not of commemoration.

Many institutions have found that art is key to acknowledging the unfathomability of past trauma. The Helios Clinic in Berlin-Buch, Germany, for example, has an art installation by Argentinian-born artist Patricia Pisani in the middle of her medical campus to commemorate the patients killed by the Nazis there and elsewhere. Art allows for multiple interpretations and can speak where words fail. As in the case of the Berlin-Buch Clinic, the process of integrating such a memorial into institutions and public spaces, often as part of an open competitioncan be an opportunity for joint reflection.

Ultimately, commemoration should help individuals affirm their own moral autonomy and highlight the role each individual can and should play in keeping institutions on track. This is also why it makes sense to focus on those who have helped right the wrongs.

By applying this comprehensive ethical framework to institutional trauma, institutions can address the most difficult chapters of their past. Leaders of larger institutions may have resources to retain professional support and commissions, but with this guiding framework, smaller institutions can also take steps toward healing. There will not always be agreement, but there can be a structured process of acknowledging and considering different viewpoints.

If approached with caution and honesty, institutions can emerge from such a record with enhanced confidence. Facilities that are seen to be taking the right steps in response to past transgressions are likely to boost staff morale and build patient trust and community support, which ultimately also contributes to performance. financial.

Since dealing with past trauma is an emerging concern in society, healthcare professionals can help their institutions track these issues. And the wider healthcare community may want to highlight examples of how well the past has been handled. Sharing such examples can help institutions stabilize their past, so they can hopefully move on to a better future.

Hans Gutbrod is an associate professor at Ilia State University in Tbilisi, Georgia, and a senior fellow at the Center for Peace and Conflict Studies at Seton Hall University in South Orange, NJ.