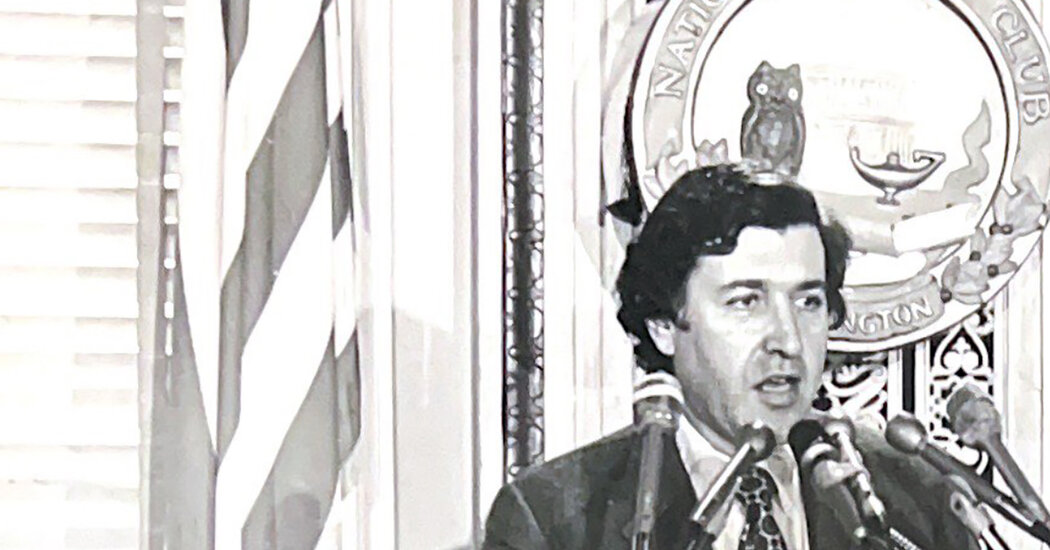 “Although it is common for a president’s popularity to rise in times of national crisis,” he wrote in The Post, “Reagan’s rise seems as strong as any yet recorded.” .

Mr. Sussman left The Post in 1987 to become national news editor for United Press International. But he quit that troubled wire service after less than a year over his disagreement with planned staff layoffs.

In 1988, his second book, “What Americans Really Think and Why Our Politicians Pay No Attention”, examined the role of public opinion polls in the American political process.

Barry Sussman was born on July 10, 1934 in Brooklyn. Her father, Samuel, was a civil servant and her mother, Esther (Rosen) Sussman, was a homemaker. After earning a bachelor’s degree from Brooklyn College in 1956, he worked for an advertising agency and spent his free time as a film critic.

He was hired for his first newspaper job in 1960, at the Bristol Herald Courier, a small daily newspaper in Virginia, where within 15 months he rose from reporter to editor. The Post hired him in 1965 as an editor on its state and suburban desk. He was named DC’s editor in 1971.

“He had wonderful instincts and calmness,” said Lawrence Meyer, a former Post reporter who worked under Mr. Sussman. He recalled Mr. Sussman once being intrigued by a short article in The Post about a disputed election in a small town outside Washington.

“He said, ‘There’s something going on over there, go take a look,'” Mr. Meyer said, “and it turned out to be a really interesting story about a cultural and generational conflict reflecting something much bigger in the black community in and around Washington.

4 ways to reduce the environmental cost of food